Dallas Green is an acclaimed Canadian musician, songwriter, and record producer who records under the name City and Colour. He rose to prominence as singer, rhythm guitarist, and songwriter for Alexisonfire, who became synonymous with the post-hardcore scene in 2001.

Green has been recognized with three JUNO Awards and eight nominations, and over the course of his six studio albums has reached a triple platinum, two double platinum, a platinum, and a gold certification in Canada.

Green’s lasting impact on MusiCounts was built through years of dedicated fundraising drives across the country. He generously donated a dollar for every single ticket sold on his 2017 and 2019 Canadian tour dates and gave a dollar for every sale of his 2018 record Guide Me Back Home, raising tens of thousands of dollars for the MusiCounts Band Aid Program. In 2018 Green also participated in a MusiCounts Band Aid Celebration at the Church Street Public School to celebrate the instruments acquired through the program. 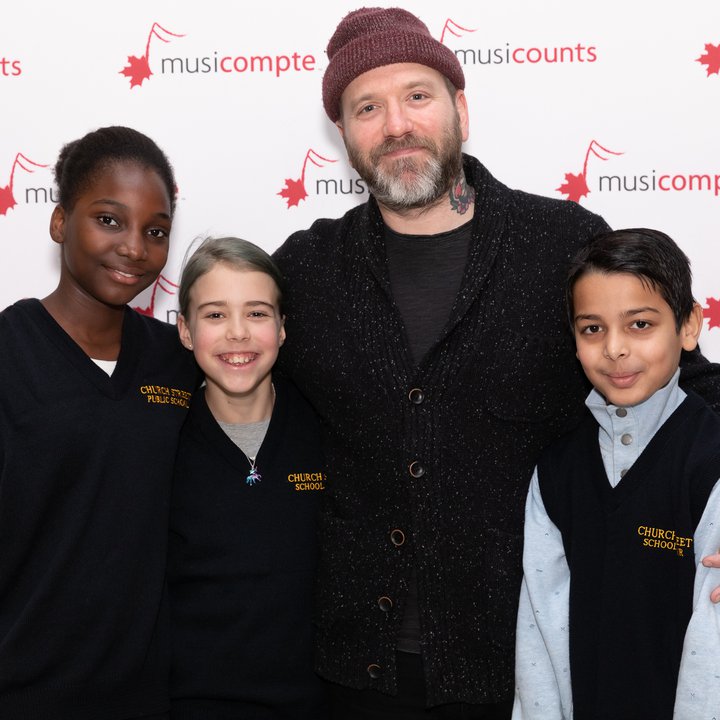 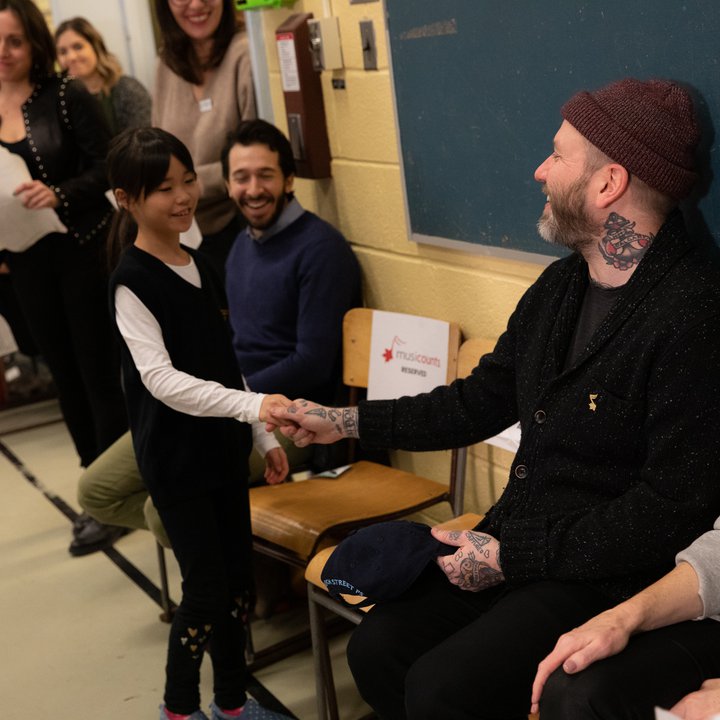 “I am honoured to be able to support incredible organizations like MusiCounts who help to make music education accessible to youth across Canada,” said Green. “I recognize how lucky I am to make music for a living, and I’m really grateful to be in a position to give back and help shine a light on the wonderful work they do.”

To recognize Green’s dedication to music education, three of the 2022 MusiCounts Band Aid Grant recipient schools will be designated in his name:

The MusiCounts Inspired Minds Ambassador Award, presented by the Canadian Scholarship Trust Foundation, recognizes an individual who has had an extraordinary impact on education and the charity over the course of its history. To date, it has recognized six outstanding individuals for their philanthropic commitment to music education.

The MusiCounts Inspired Minds Ambassador Award is Presented by

Back to MusiCounts News