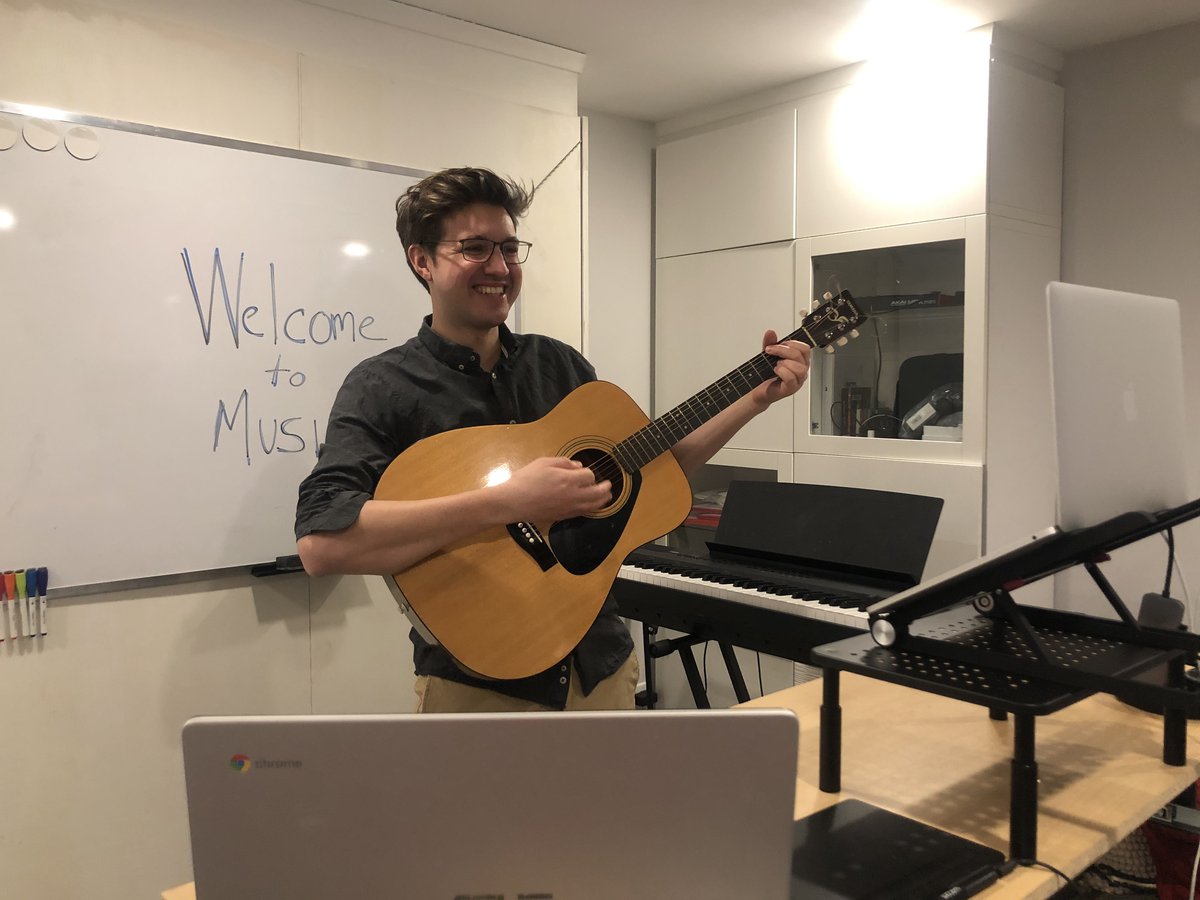 Bruce Millerd, a teacher at Carleton Village Sports & Wellness Academy in Ontario, is nominated for the 2021 MusiCounts Teacher of the Year Award, presented by the Canadian Scholarship Trust Foundation

In his 14 years as a music educator, Bruce Millerd has made significant moves for his community. Since 2014, he has shaped music education at Carleton Village Sports & Wellness Academy, a school in Toronto designated as a “Model School for Inner Cities.” Many of the school’s students face greater barriers to learning than the average student in Toronto.

Millerd is not only the leader of music programming at Carleton Village; he’s the sole music educator on staff for a K-8 school with over 450 students. Millerd clearly isn’t one to back down from a challenge, and has created engaging, culturally-relevant programming that makes music a core value at the school.

In Millerd’s words, “I have worked to bring stability and enthusiasm to music education in our building by adapting the music curriculum to the needs of the community. I believe it can now be said that a love of music has become an integral part of the fabric of our school.”

When Millerd joined the school in 2014, he noticed there were no boys in the choir. Rather than shoehorn boys into a choir program that clearly wasn’t appealing to them, Millerd established a brand new choir just for the guys, which has since become a highlight of the music programming at Carleton Village.

Millerd brings an extra characteristic to the table – an admirable sense of humility. Keenly aware of the cultural backgrounds of his students (and furthermore, how his own musical experience did not align), Millerd sought the expertise of musicians in the Toronto community to deliver programming for students that reflected their Caribbean, West African, and South American traditions.

“A good teacher is a lifelong learner. Even at this point, 14 years into my career, I feel like I am barely scratching the surface in music education. Each year brings new experiences, new contexts and new opportunities to learn how to connect through music. Discovering what ignites each student is part of the challenge that keeps my teaching practice exciting."

“I feel incredibly fortunate to call myself a music teacher. It is an immense privilege, honour and responsibility. As a teacher, I believe my job is to learn alongside my students, to guide them towards finding musical inspiration and to believe in their innate abilities.”

Bruce Millerd is one of five nominees for the MusiCounts Teacher of the Year Award, presented by the Canadian Scholarship Trust Foundation. The winner will be announced at the 50th JUNO Awards in June, and will receive a JUNO statuette, a $10,000 prize, and a sizable grant for the music program at their school.

The 2021 MusiCounts Teacher of the Year Award is Presented by