Teachers: The Heartbeat of the Music Classroom

Educators are the ones who make the magic of music class possible. Through their commitment, innovation, passion, and dedication, they reach kids across the country with the power of music. MusiCounts strives to elevate teachers’ collective work by recognizing one exceptional educator each year with the MusiCounts Teacher of the Year Award, presented by the Canadian Scholarship Trust Foundation. 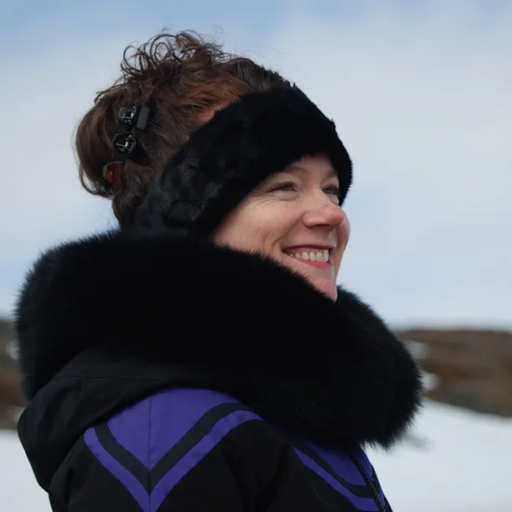 Mary Piercey-Lewis holds a PhD in Ethnomusicology and her commitment to the Inuit music community has spanned over two decades. The majority of students at Inuksuk High School are Inuit, and many of those students are third-generation residential school survivors. By using music as a means to explore culture, heritage, and identity, Piercey-Lewis' education practice is dedicated towards building a stronger community. Piercey-Lewis has published a text of Inuit choral music – the first of its kind - and is working on a second book. She prioritizes collaboration, and encourages students to explore new opportunities through performance. Ensembles from Inuksuk High School have performed at Qaggiavuut Centre for the Performing Arts in Nunavut and the National Arts Centre in Ottawa, and have counted Prime Minister Justin Trudeau amongst their audiences. 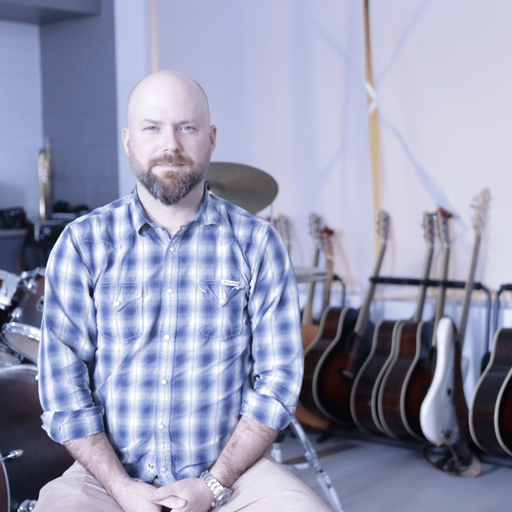 Eskasoni, NS, is home to the largest population of Mi'kmaq people in Canada, and 2020 MusiCounts Teacher of the Year recipient Carter Chiasson uses both music and technology to help students explore, share, and celebrate their cultural identity. Chiasson wanted to engage Allison Bernard students in the United Nations’ International Year of Indigenous Languages, and worked with students to produce a video of the song “Blackbird” sung in Mi'kmaq. Since its release, the video has been viewed over 1.6 million times, and Emma Stevens, the student singing in the video, has been invited to perform across Canada and even for Barack Obama. Chiasson’s teaching philosophy is centred around creating safe and authentic learning experiences for students, and making them active partners in their own education. 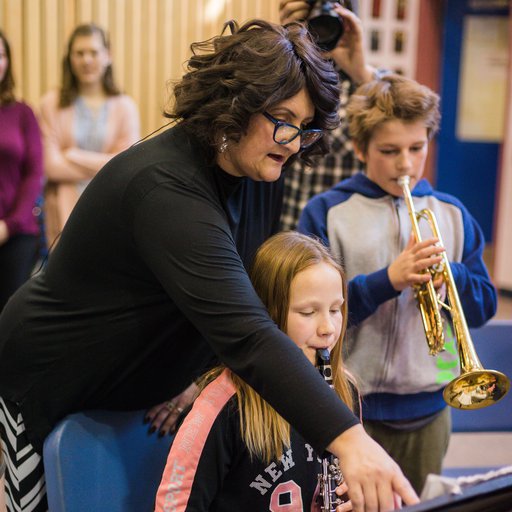 The dedication demonstrated by 2019 MusiCounts Teacher of the Year Kim Hastings is matched by her students. At the time of her award, 26 years of her 29-year career were dedicated to Pioneer Middle School, and 75% of the student population participated in her music programming. Hastings is a fierce advocate for music education; when the school board was considering changes to music programs, she worked with the Band Parents Association to lead an advocacy project that ultimately helped ensure that music remained an essential component of kids’ education. 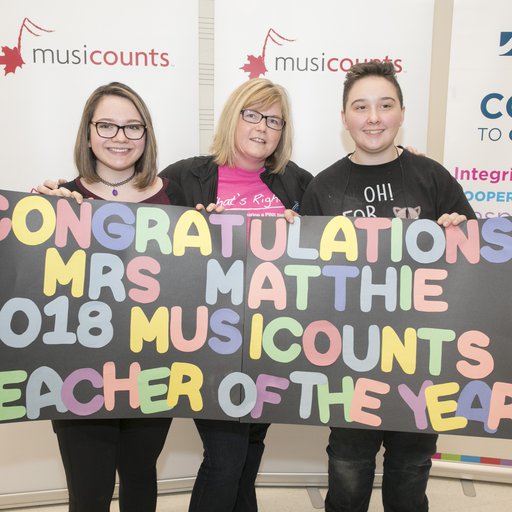 Laura Lee Matthie embodies leadership and dedication - to her school, community, and to her colleagues. She’s successfully secured MusiCounts Band Aid Program grants for not just one, but two schools she’s taught at, and several of her students have moved on to become music educators themselves. Matthie is deeply committed to supporting her colleagues, working with the provincial and national educators’ associations and also on a local scale by operating workshops to ensure fellow teachers feel supported in delivering music programming at feeder schools. Matthie’s individualized approach to music education means that students are deeply engaged and committed to music programming at the school, and several have gone on to pursue music as a profession. 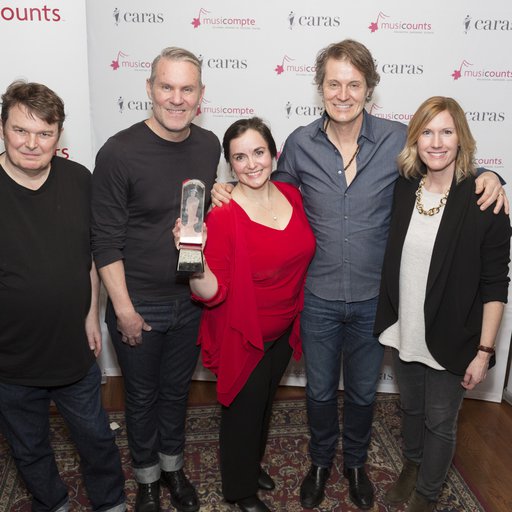 Winmill has been a music teacher for 20 years, with 16 years spent teaching at North Hastings High School. Winmill developed a first-of-its-kind Royal Conservatory-style music program for her students where they are given the opportunity to complete vocal and instrumental exams. She has committed to developing the pipeline for music classes by performing at local feeder schools to spark interest in joining music programming for incoming highschoolers. Winmill goes above and beyond for her students; she drove one of her students, keen on pursuing music performance in post-secondary education, to the University of Toronto for his audition. It’s clear she is a beloved teacher: Winmill’s students wrote glowing letters of support for her nomination, and joined in the celebration when she was presented her award by Blue Rodeo. 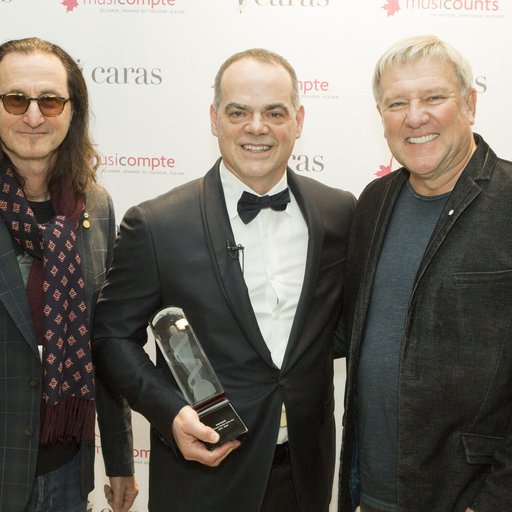 Don Bossé was named the MusiCounts Teacher of the Year after teaching at Fredericton High School for 22 years, where he had also been the Fine Arts Department Head for 20 years. He incorporated technology to assist students with learning difficulties and challenge those who have advanced skills. To develop a program combining literacy and music, he established a recording studio where students could compose and record their music. Though Bossé is known for working with and getting the most out of some of the school’s highest achievers, he has a penchant for “taking in” and fostering the development of at-risk students and those from less fortunate backgrounds. He is a noted figure in his community, and was awarded the 2015 Lieutenant-Governor’s New Brunswick Youth Orchestra Award for his leadership in the musical development of youth in New Brunswick. 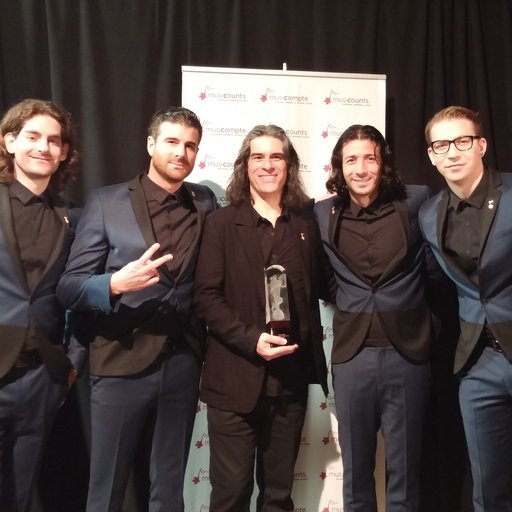 Steve has been a teacher for most of his adult life, working with young people in the English and Music classroom, and with special needs students in Terry Fox Secondary School’s Learning Centre. He developed the Rock School and Recording Arts programs at Terry Fox Secondary in 2000/2001 with one class of 25 rock school students and one class of 16 recording arts students. At the time of his award, well over 200 students had participated in the programs. The programs are inclusive and encourage participation at all levels, including career path preparation. Sainas’ classes welcome at-risk youth, the severely learning disabled, the physically disabled, and the gifted. 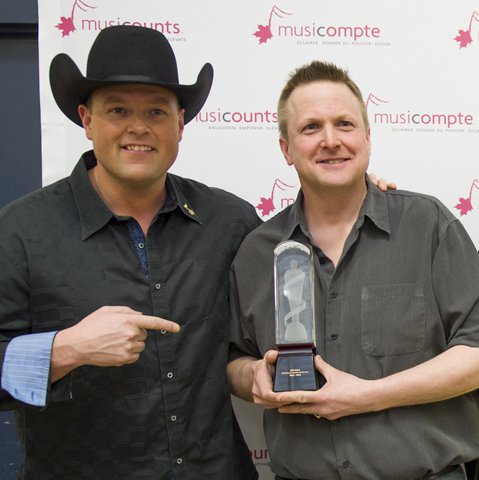 Of the 27 years Jeff Kula had been teaching music, 15 of them were dedicated to River East Collegiate. Jeff established several programs, including concert band, jazz band, contemporary groups, wind ensemble, jazz percussion ensemble, and small chamber ensembles. He knew the power of performance and sought out opportunities for students to play for others, including concerts with the Winnipeg Jazz Orchestra and the Winnipeg Wind Ensemble; concerts in the Governor-General’s residence or seniors’ homes; and collaborations with the Winnipeg Symphony Orchestra. Beyond the already extensive hours of the program itself, he accompanied young players to the music store on weekends to help them get mouthpieces, or drove the occasional forgotten instruments to students’ homes around the city. 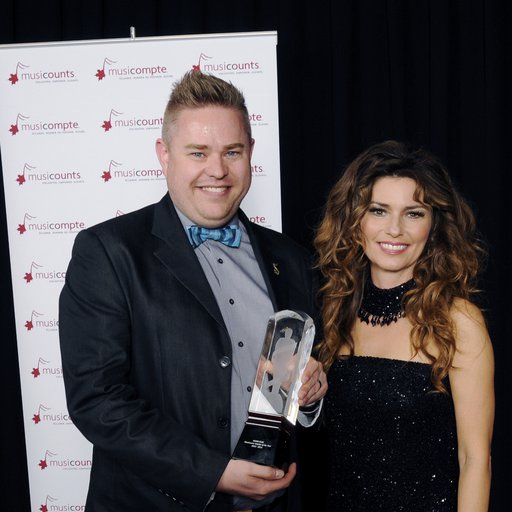 Mark Reid is the very definition of catalyst. At the time of his award, he and his team at Vancouver Technical oversaw a program with an enrollment of over 600 students (more than a third of the school population), and on top of a MusiCounts Band Aid Program grant, had secured an additional $40,000 for the music program. During his tenure, the enrollment in concert band doubled, the orchestra program was expanded to include more grade levels, drumline and brass ensemble programming was introduced, and musical theatre productions with full orchestral accompaniment were mounted. Reid has continued his involvement with MusiCounts, appearing in MusiCounts Learn Town Halls and sitting on the charity’s advisory committee. 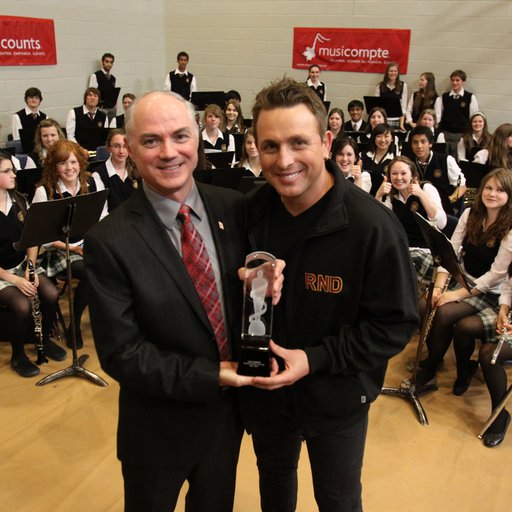 Hugh Johnston’s impact at Regiopolis-Notre Dame exemplifies a commitment to improving access to music education. His efforts have provided many low-income families with opportunities to participate in the arts to a degree that would not otherwise have been possible. Johnston is tireless in his efforts to promote the music program to the wider community, also running the Kingston Summer Music program which he founded in 2000. He seeks out fundraising opportunities to support his program and to provide both students and members of the greater community with access to the highest quality of music instruction. 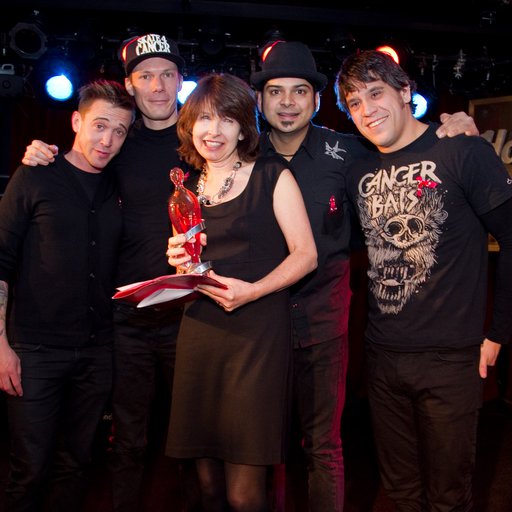 Marian Cheney’s policy is that no child is turned away from band or choir based on their ability or family financial situation. She led not only the Parkdale-area school’s vocal and choir programs, but also the guitar ensemble and concert band. An excellent songwriter, Ms. Cheney is credited with co-writing the school theme song. It is her goal to have visibility for the school’s music groups, seeking as many opportunities as possible for them to perform publicly. She prides herself on the academic achievement of her students, watching them graduate as well-rounded, musically-literate pupils and performers. 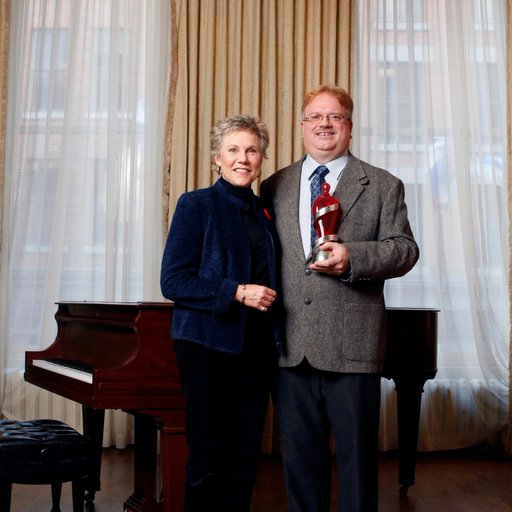 Scott Leonard is a repeat winner of Band Master of the Year Award. He plays several instruments and teaches guitar, band, and even created his own class: Recording Arts Technology. Leonard was the director of Park View's first ever school musicals. Despite getting opportunities to play in many bands, he has stayed dedicated to his students. He also works in the Lunenburg County Band Camp and often sees former graduates amongst the band players. Leonard, the first Teacher of the Year from Atlantic Canada, was presented his award by Anne Murray. 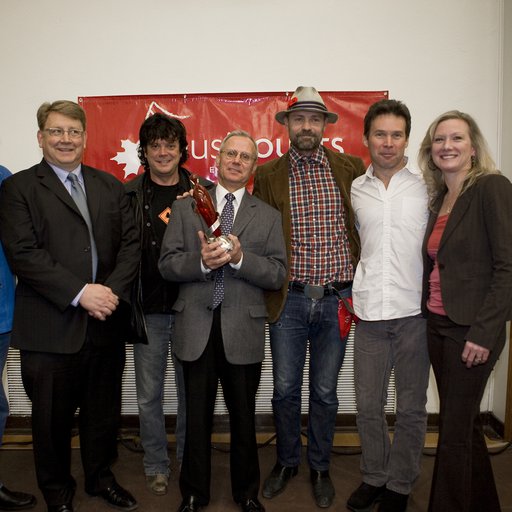 Alex Voros was devoted to teaching music for over 30 years, 10 of which he spent in the music room at Chaminade at the time of his award. Recognized for his focus on creating safe spaces for at-risk students to find belonging, Voros’ program included concert bands that had gone on to win international competitions. His Teacher of the Year Award was presented by The Tragically Hip. 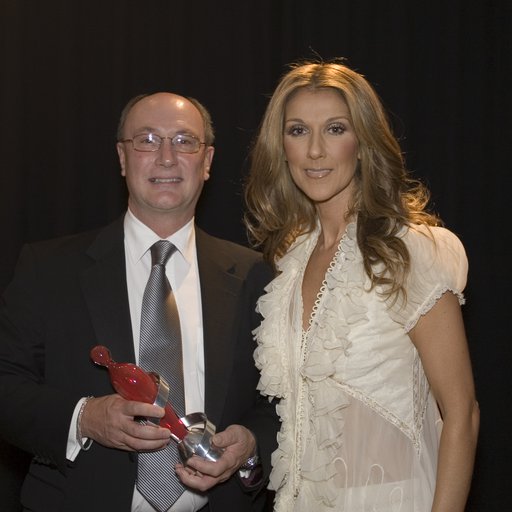 The first francophone Teacher of the Year Bernard Hebert was awarded the Teacher of the Year prize by another iconic Quebecer: Celine Dion. Hebert, who had been teaching music for an astonishing 32 years, had over 5000 students walk through his classroom. Some have gone on to careers as professional musicians. 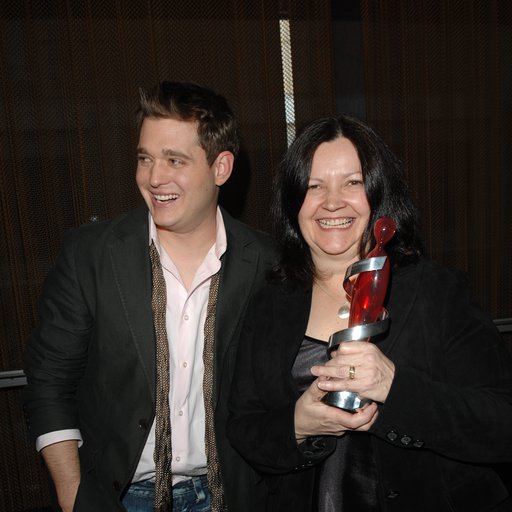 Anne Turner is the very definition of committed. At the time of her award, Anne Turner had an impressive 23 years of teaching music under her belt. She teaches a variety of band programs, including concert and jazz band, vocal jazz, and composition & technology, and many of her students returned to her education practice as adults in her community Adult Senior Jazz Band. 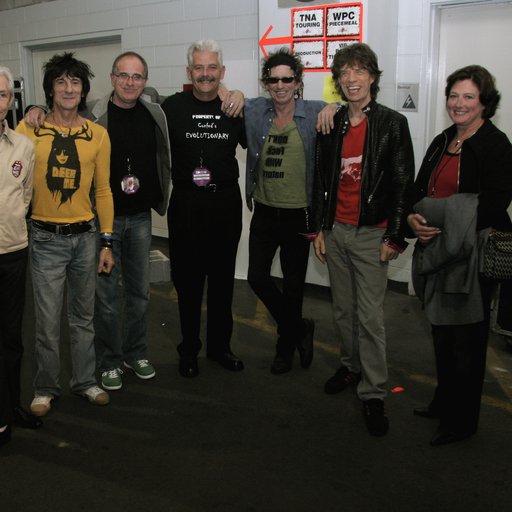 The inaugural winner of the MusiCounts Teacher of the Year Award, Norman McIntosh, started with a band class of 24 students and worked to build it into a multi-disciplinary program that encompassed performance, staging, and recording. By the early 2000s, enrollment in the program had exploded to 150, with many more student names on a waiting list. The first-ever award was presented - and generously sponsored - by the Rolling Stones!

The MusiCounts Teacher of the Year Award is presented by