Building a career in the music industry is no small feat. When you consider various socioeconomic factors and the barriers to entry into the industry, bridging the gap between education and real-life experience can feel like an insurmountable task. MusiCounts is excited to be celebrating and supporting seven aspiring music professionals, who are nearing the completion of their post secondary studies in music performance, music production, or music business, through the MusiCounts Accelerate Scholarship. This unique program is made possible with the support of RBC and Indspire. 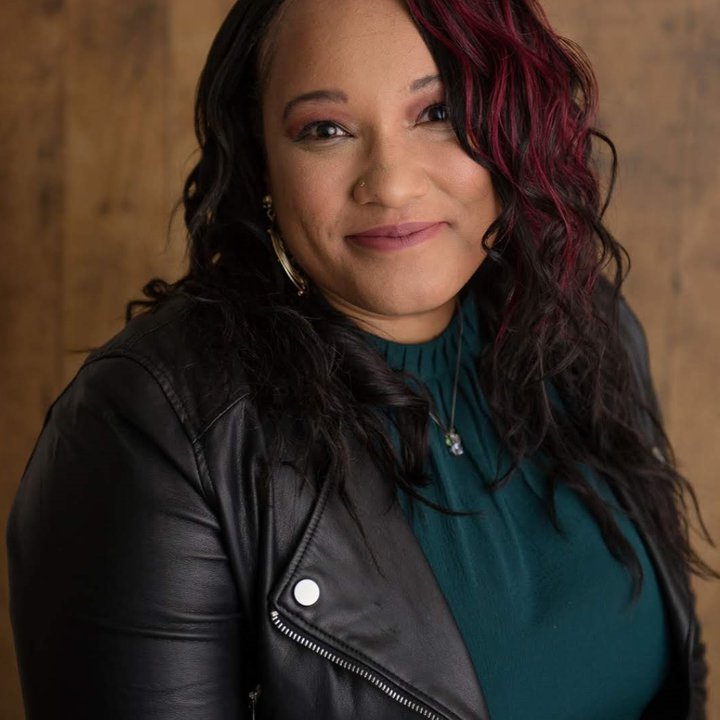 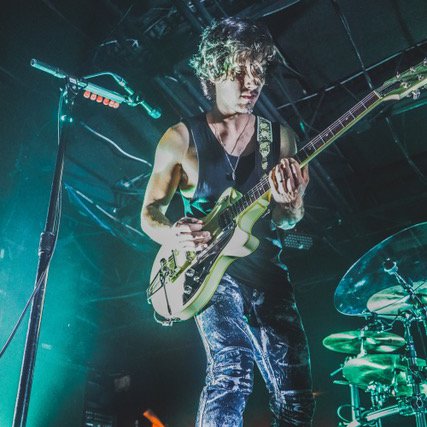 Along with a $5,000 scholarship, the recipients will hear from an exceptional group of music industry professionals through an intensive virtual mentorship experience, spanning between October 27 and November 10. Mentors include: 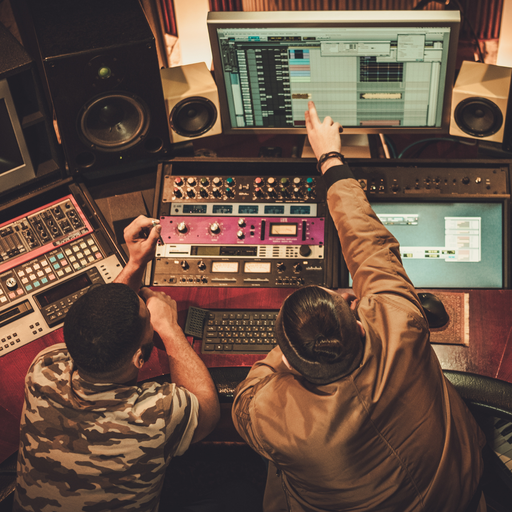 Through a financial award and an intensive mentorship and networking experience, this annual scholarship program has a significant and long-lasting impact on the lives of young people who are on track to building exciting careers in the music industry.

Over the next few weeks, the mentorship sessions will explore a wide range of music industry topics, from understanding the functions of different roles in the industry (agencies, labels, and managers, to name a few) to discussions surrounding inclusivity, technology, and local music scenes. Hands-on workshops on songwriting and pitching yourself will also be offered. 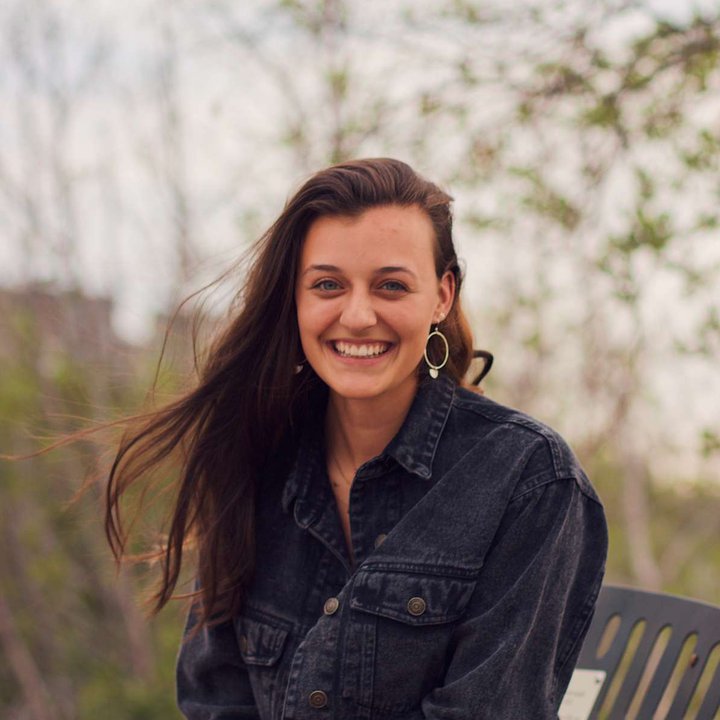 Grace Clark is a Métis singer-songwriter from Yellowknife, NT, who draws inspiration from the likes of Taylor Swift, Lennon Stella, Tash Sultana, and Etta James in her indie pop tunes. She knows her way around a wide variety of instruments; she first learned piano and fiddle as a child, and more recently taught herself how to play the guitar. Grace hopes to one day move to a bigger city, release an EP, and tour nationally and globally with a band. As she said, “ever since I started writing my own lyrics, I have dreamt about hearing the audience sing my words back to me.” She’s well on her way to accomplishing her goals, and has already performed across Canada and in Finland! In 2020, Grace released her debut single ‘Untouchable’ and has signed with One North Recordings in Yellowknife. Over the next few weeks, she’s most looking forward to making lasting connections with mentors and fellow recipients to help accelerate her career. 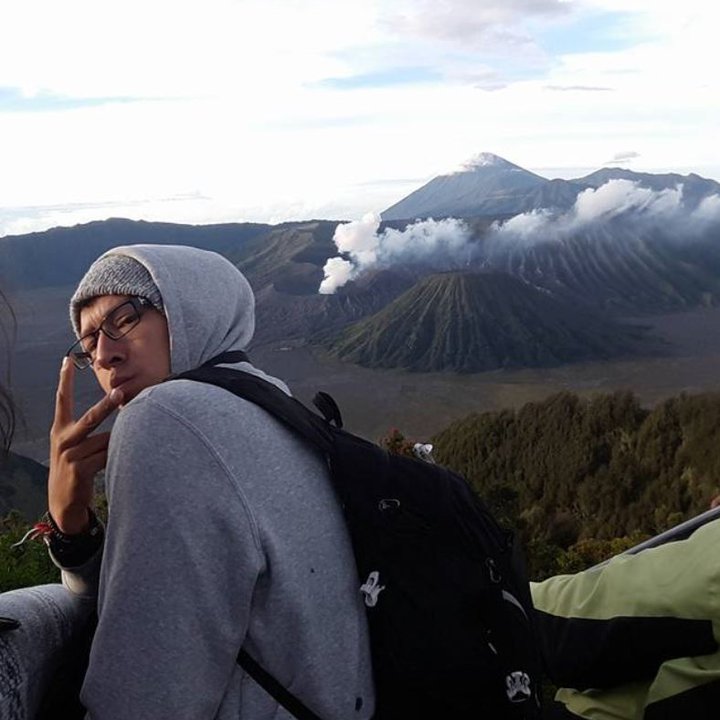 Joshua (Josh) Peepeetch is an Indigenous student from Regina, SK with a travel bug and an appetite to learn. As a first-generation post secondary student in his family, he recounts that “the whole idea of pursuing a degree was foreign and overwhelming.” Ultimately, he opted to study business with the hope of applying that knowledge in the music industry. Most recently, Josh relocated to Vancouver, BC, where he balances remote learning with recording music and part-time work. In the short term, he hopes to work on his own music and see a demo tape through the lifecycle of recording to promotion to playing shows. One day he dreams of running his own label and/or studio, and hopes to use these to inspire and help other Indigenous artists to find success in the music industry. Through the mentorship experience, Josh is most excited to meet other professionals and get his foot in the door. 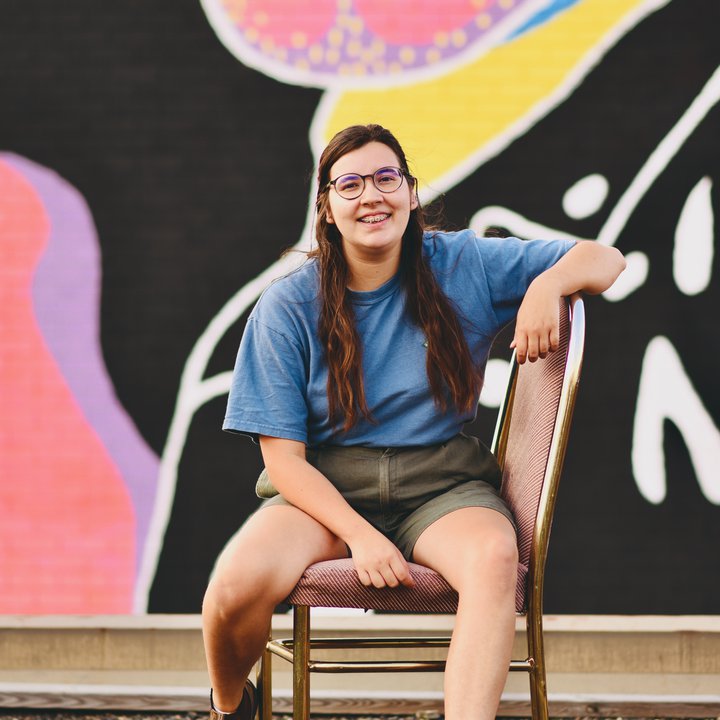 Emily Granville, Bachelor of Music at Wilfrid Laurier University (ON)

Emily Granville is an Aniishnaabek and Cree Indigenous student from Wikwemiikoong Indian Reserve on Manitoulin Island, ON. Emily has spent recent years connecting with her culture more deeply, and has done so in a way that is harmonious with her interests: music. She learned trumpet and piano while in high school, after which she attended Cambrian College for Music Performance, opting to major in piano. While at Cambrian, she had many local performance opportunities and also, as she describes, “had the opportunity to learn pedagogical skills.” After starting up her music tutoring business, Emily discovered her passion for music education, specifically through an Indigenous lens, and decided to pursue her studies further. Now in the Bachelor of Music program at Wilfrid Laurier University, she hopes to one day get a Masters in Musicology, and eventually, a PhD in Indigenous music. Emily looks forward to connecting with an Indigenous mentor for further guidance on how to successfully navigate this industry. 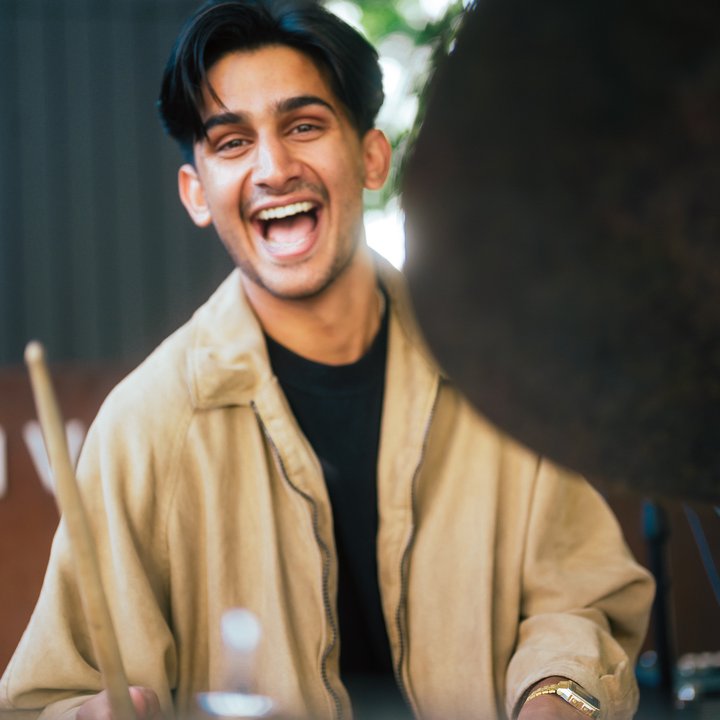 Rishi Dhillon is a jazz drummer from Surrey, BC who has not always had the support to become a musician. “As a first-generation Indo-Canadian,” he told us, “many intergenerational beliefs led to a distinct focus on academia with little support for self-expression through mediums of art.” His connection to his culture while playing along to hymns at a temple as a child triggered his appreciation for improvised music. He began drumming formally in high school, playing in bands and attending workshops along the way, until he made his way to McGill University’s Jazz Performance program, where he has grown tremendously both as a musician and an individual (listen to some of his recent work here). He has a passion for travel and hopes to both learn and play music internationally, eventually to return to Canada to teach music at the university level. One day, he’d love to start a non-for-profit music school in Surrey to give underserved youth an opportunity to learn music when they may not have otherwise had the chance. Rishi works in construction to put himself through school, and is looking forward to purchasing a drum kit of his own with his scholarship! Over the next few weeks, he’s excited to connect with the business side of the music industry and to sharpen his networking skills. 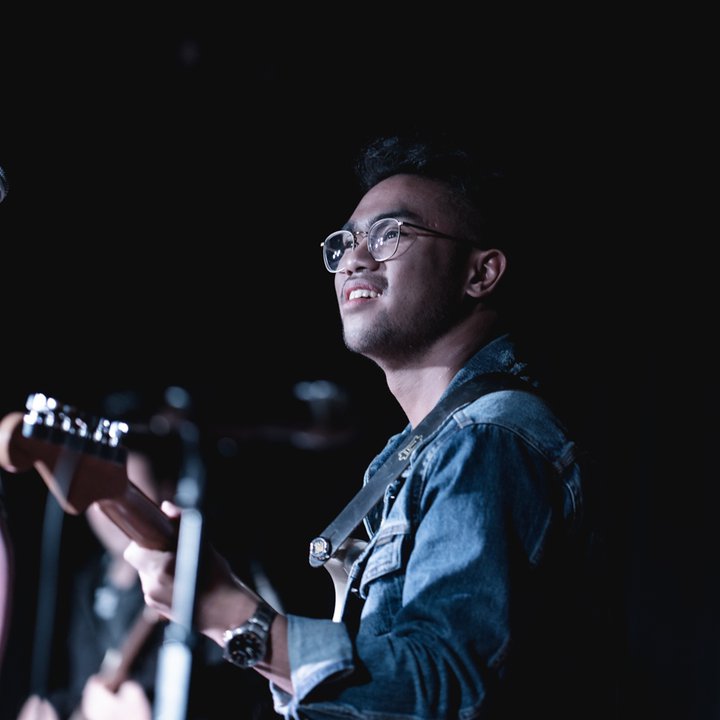 Alvin Brendan Agatep, Bachelor of Music in Jazz Studies at Capilano University (BC)

Alvin Brendan Agatep is a guitarist from Richmond, BC with a sonically diverse portfolio. He first picked up guitar at age six, and the Five-Week Music Performance Intensive at Berklee School of Music is what cemented his decision to become a full time musician. Now, Alvin has made music his career in a myriad of ways. He has freelanced as a guitar tutor at various community centres in BC throughout the course of his degree. As a session guitarist, he has played genres including rock, pop, R&B, and folk. While his versatility is impressive, Alvin found himself yearning to spend more time playing his favourite genre, jazz. This year, he devoted himself to the release of his debut album “Autumn Nocturne” with singer Amber Tsang, which was met with critical acclaim, including praise from CBC Radio hosts Margaret Gallagher and Laila Biali. He’s interested in cultivating his career as both a solo artist and session musician. Through the mentorship experience, Alvin hopes to fill his knowledge gaps. As he told us, “the focus on entrepreneurship, marketing, and finances as a musician are all areas where I feel I need to learn the most.” 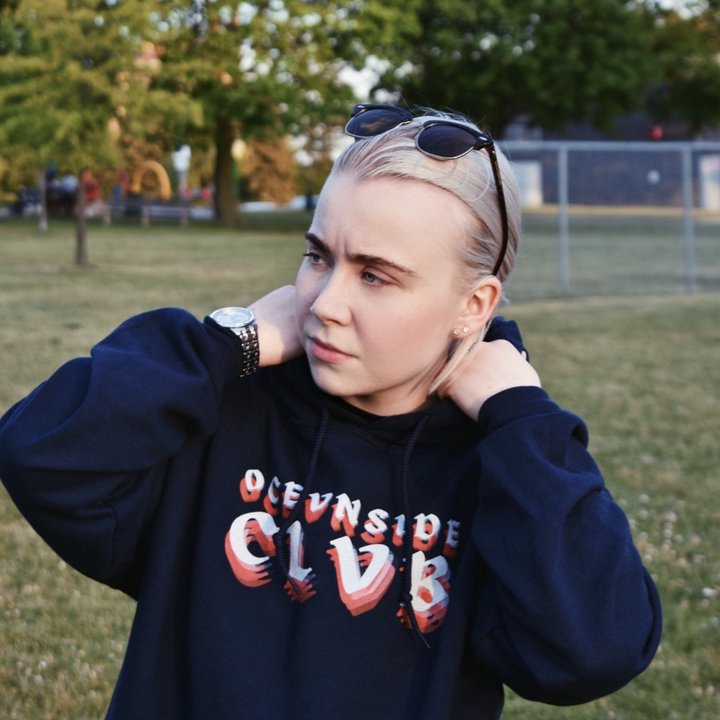 Anastasia Petrova, Audio Production Program at Harris Institute for the Arts (ON)

Anastasia Petrova is a multitalented musician and sound engineer originally hailing from Moscow, Russia. She started her training in classical vocal performance at age six, and continued with her craft after moving to Toronto, ON three years later. Anastasia joined the world-renowned Hamilton Children’s Choir with whom she performed for eight years. She toured and performed on stages all over the world in Korea, France, the Bahamas, and more. She began her training in classical piano as a teen, which gave her the theoretical knowledge to explore composing. She’s composed music for a documentary, performed vocals in video games, and mixed/engineered music for herself (under the alias Ocevnside Clvb) and other artists. In addition to music, she’s got business skills. She graduated from the Harris Institute for the Arts’ Entertainment & Arts Management program in 2020, and has applied her skills in digital marketing for Iskwē and Christian Crippin. Now in the Audio Production Program at the Harris Institute, Anastasia wants to stick to her vocalist roots and become a pop songwriter and vocal producer. She is “absolutely fascinated by song structure, the melodic math formula, and creating enticing top line melodies,” and hopes to make this passion a full-time career. Anastasia is excited to expand her network and hone in on her skills over the course of the mentorship experience. 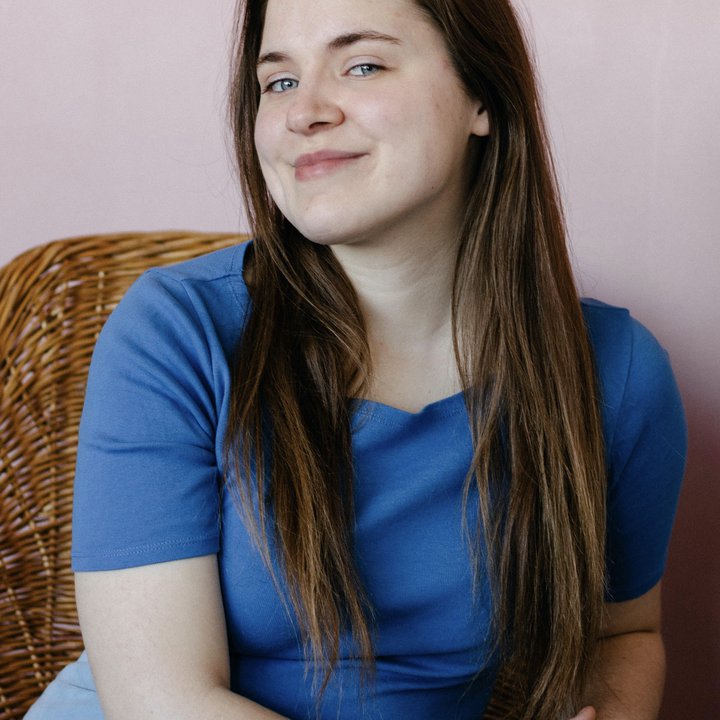 Andrea Buchkovich is an aspiring event planner and marketing professional from Toronto, ON with a passion for the bustling local music scenes that make up the Canadian music industry. Andrea boasts an impressive variety of experiences: in the GTA, she’s had the opportunity to pursue live photography, digital marketing, and event promotion. She’s no stranger to accolades, and has won several awards for academic and professional excellence. Andrea gained a birds’ eye view of the ins and outs of the music industry during her internship with Warner Music Canada. This experience helped her land a role at Re:Sound as a Repertoire Analyst. Ultimately, she hopes to further her career in live music and contribute to the music scene by creating “a space for emerging Canadian acts to grow, unique venues and experiences, and most importantly a safe and inclusive space.” Andrea is eager to learn from the industry’s best over the next few weeks, and hopes to build confidence and gain support from this experience.

The MusiCounts Accelerate Scholarship is supported by